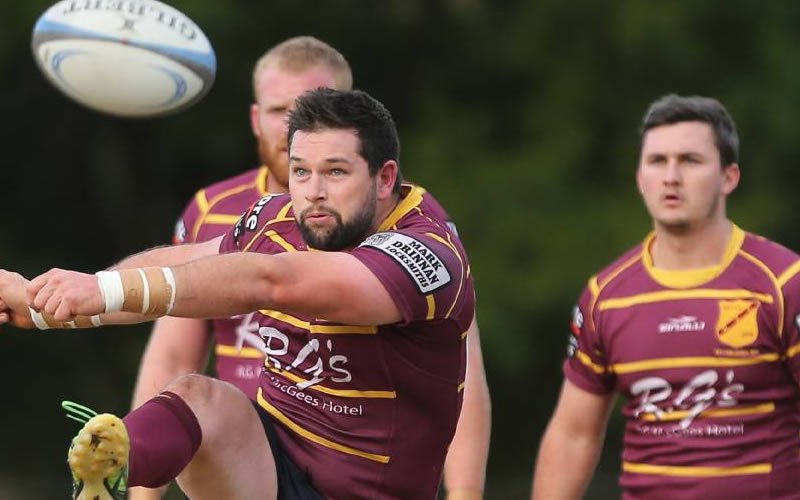 Welcome to my second match report of the year, of our titanic Saturday against Redfield Old Boys.

Now after my last match report, I had plenty of feedback from the readers. ‘Why is your report so short?’ for example, or ‘you stick too closely to what happened on the field and don’t deviate off on wild tangents enough’ or ‘why didn’t you talk more about the good works of me, President Brendan Davis?’. The most common question, though, was ‘why didn’t you talk more about 4th grade?’ So obviously that is where I will start, the grade where boys become men, and men transcend the mortal realm to sit at the right hand of the rugby gods.

Dural was the location for the match, and thanks to 4th grade’s scintillating form of late, traffic was backed up for at least 2km around the ground, causing lengthy delays. With a crowd of at least 15,000 in attendance, the match kicked off but the Redfield squad were putting up more of a fight than was expected- especially after they ran out and it was revealed that one of their players was 12 years old and 28kg. AND then it was revealed soonafter that said 12 year old was packing down in the front row, up against the Boulos-Love-Boulos combo, who have a combined weight of 450kg, a combined IQ of 540 and a combined monthly spend at the AYH of over $8000. He was in for a long day, but at least he wasn’t the smallest bloke on the field (Derek Macartney).

The first half was closely fought, with Kings struggling to break down the tight Redfield defence. The break came late in the half, with Ben Wales scything through the Redfield backs (I think a few of them actually slipped over, but I really wanted to use the word ‘scything’ so let’s just pretend he ‘scythed’ them, even though I’m not quite sure what that means) to score under the posts. But the home side hit back just before the break, charging down an Alex Deane kick to level the scores.

But that was as close as Redfield got. After the break the Kings boys found their rhythm and the crowd (now swelled to 25,000) found their voice. We were dominating Redfield at both scrum and lineout and we quickly scored tries to Dave Smith, Mark ‘season starts in June’ Rudman and Ben Boulos. Also noteworthy was the return of The Badman (capital t on ‘the’, please), who ripped up the Redfield outside backs just like Savage Garden ripped up the charts in the summer of 1999 (people also wanted more Savage Garden references in these reports, which is a fair call). Kings continued their unbeaten run, winning 33-14, with coach Alan looking past my titanic play to give 3 points to Sam Brush, who as we will discover was using the game as a light warm-up for his next two games in 3rds and 2nds, much like the Boulos-Love-Boulos front row uses the AYH Beef Burger as a light warm-up for their actual meal/s.

Now I’ve probably left out a lot of details around that 4th grade game, which I know will anger a lot of people, but I need to move on. You will have to wait for the release of Ben Boulos’ ‘captain’s diary’, which will go through every 4th grade game in graphic detail and be out just in time for Christmas- the perfect gift for the one you love.

Anyway, 3rd grade was starting, and it was like watching Oceans 11, with the Josh Moule (George Clooney) leading a cast of all-time legends including Whitto (Matt Damon), Tim Rogers (Brad Pitt), Frewy (Julia Roberts), Gloss (umm… Bernie Mac?) and Noodles (the little Chinese guy). OK so the characters don’t really match up but you get my drift. It was great to see some of these blokes returning to the club, and they put on a great display of footy, going down in a tight game.  Notable highlights include Noodles dominance of the lineout, Stan and Mike Lagudi carving up the midfield (there was an Italian in Ocean’s 11 wasn’t there? Or am I confused with the Super Mario Brothers movie?) and that man Sam Brush killing it again.

3rd grade are a great group of blokes, and I hope we can see these legends continuing to turn out for the club this season. It was bloody great having them back.

Next came one of the highlights of the day, with a patched up 2nd grade taking on the Opus Dei disciplined might of the Redfield 2s. And yes it was a one-sided game, with Redfield quickly chalking up enough tries to give them a comfortable victory, but that wasn’t the point. Kings showed plenty of spirit to fight all game, and finished up with a valuable 4 try bonus point thanks to tries to Noodles, Lachie Ennis (the menace), Ned Jefferies and Phil Krok. Everyone put in a big effort. Our halves combo of Sergio and Argy went together like paella and bullfighting (yes I know Argy isn’t from Spain but just roll with me), Jordy Thomas and Phil Krok held it together admirably out wide, while Bambi and Noodles just killed it despite already playing a game. Brendan Gow, Max Fontes, the list goes on.

Sam Brush needs to be commended again, playing his 3rd game of the day and continuing to carve up. The bloke is an absolute machine, playing a combined 3 hours of rugby on the day. 3. Hours. What. A. Machine. He had a long beard after 2nd grade, which was notable because when he ran out for 4th grade he was clean shaven. Machine.

Was great fun to be a part of that 2nds side, despite the result. It showed all the qualities that makes me love this club. It’s a bit like Ocean’s 11- everyone has different ages, skills, backgrounds, but we somehow make it work. Also we generally only get 11 players in each of our grades. And we hang out in casinos a lot.

But seriously, now is a great time to bring your mates down for a run, or dust off the boots if you haven’t done so already. We need as many blokes as possible!

1sts finished off the day, and unfortunately I had to leave just after the game kicked off. I received two brief summaries of the match. The first was from Pondy: ‘the match was closely fought, with Kings drawing within six points with just 10 minutes left on the clock. Our guys played really hard, and most of Redfield’s points were against the run of play. Sadly Redfield scored a few late tries to blow the score out, but Kings played bloody well regardless’.

While the result was disheartening, it sounds as though our 1s are really building well and surely the elusive win is just around the corner. Well done lads.

The second report was from His Regency, President Brendan Davis: ‘President Davis led the Kings team out and the game began. The Kings side played admirably, mainly thanks to the leadership and direction provided by President Davis. At the end of the game, 3 Presidents Points went to Brendan Davis, for the 8th straight week.’

Despite the results it was a good week of hard rugby, and hopefully we can build in the coming weeks.

Back to White is only a few weeks away, and promises to be the highlight of the year. Blank the whole day out in your calendar and invite your family and friends, it will be a belter.

Also now is the time to pay your fees if you haven’t already. The details can be found here: